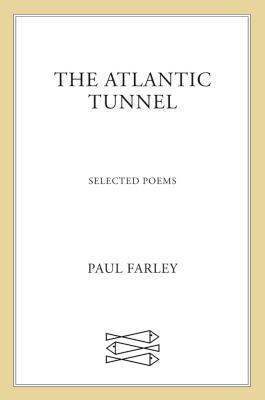 Some similes act like heat shields for re-entry
to reality: a tramp in flames on the floor.
We can say Flame on! to invoke the Human Torch
from the Fantastic Four. We can switch to art
and imagine Dali at this latitude
doing CCTV surrealism.
We could compare him to a protest monk
sat up the way he is.
—From "Tramp in Flames"

With his free-flowing and musical takes on popular and hidden culture, Paul Farley has emerged in the last decade as one of Britain's most imaginative and formally gifted young poets. He engages with the commonplace and the overlooked, the absurd and the catastrophic, the scientific and the mythic, in ways that make us stop and think again about what it is to be living in this world at this particular time.

With The Atlantic Tunnel, Farley is well on his way to becoming one of the definitive English-language voices of the age.

“One of the most disarmingly original poets now writing.” —The Sunday Times

“Paul Farley is a poet of wit, sensuality and warmth...If the best poetry aspires to the condition of music, as Mallarmé suggests, then this is poetry of the highest order: melodic, humane and intellectually engaging.” —Judges of the 2007 Griffin Poetry Prize

PAUL FARLEY is the author of three award-winning collections of poetry: The Boy from the Chemist Is Here to See You, The Ice Age, and Tramp in Flames. He lives in North Lancashire, England.
Loading...
or
Not Currently Available for Direct Purchase