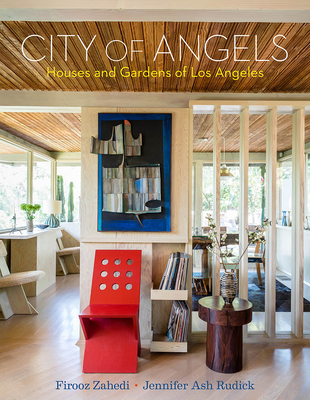 Houses and Gardens of Los Angeles

Praise For City of Angels: Houses and Gardens of Los Angeles…

"In the past decade Los Angeles's interior design and art scenes have taken center stage, thrusting the city's local artists, architects, and interior decorators onto the world stage. Thus, L.A. became the obvious choice for [Jennifer Ash Rudick's] next book, City of Angels: Houses and Gardens of Los Angeles."
— Galerie

"Peek behind the gates of some of L.A.'s most breathtaking homes--from Kelly Wearstler's Malibu beach retreat, to the Garcia House, a midcentury icon perched in the Hollywood Hills."
— C Magazine

Jennifer Ash Rudick is the author of Palm Beach Chic and Out East, a contributing editor to Veranda, and a producer of documentary films, including Iris, with Maysles Films, and Diner en Blanc. Firooz Zahedi was born in Tehran, Iran. After moving to the US, he became a photographer for Interview magazine and Vanity Fair. His work has appeared in Vogue, GQ, Town & Country, Architectural Digest, Elle Decor, and House Beautiful, and has been exhibited in galleries around the world.
Loading...
or support indie stores by buying on