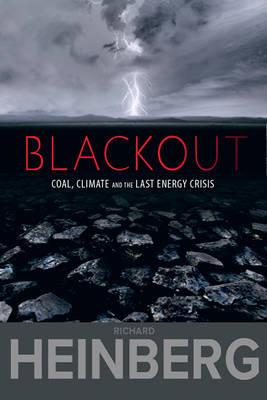 Blackout is an important and timely book. In the form of this compact volume, one of the best and most productive peak oil authors working today has turned his customary scholarhsip, wisdom, wit and writing prowess to some of the most ciritical issues now unfolding on our planet. - Frank Kaminski, Energy Bulletin

Coal fuels about 50% of US electricity production and provides a quarter of the country's total energy. China and India's ferocious economic growth is based on coal-generated electricity. Coal currently looks like a solution to many of our fast-growing energy problems. However, while coal advocates are urging full steam ahead, increasing reliance on the dirtiest of all fossil fuels has crucial implications for climate science, energy policy, the world economy, and geopolitics. Drawbacks to a coal-based energy strategy include:

Richard Heinberg is widely acknowledged as one of the world's foremost Peak Oil educators. A journalist, editor, lecturer, and Senior Fellow of the Post Carbon Institute, he is the award-winning author of seven previous books including Peak Everything, The Party's Over, and Powerdown. Richard has appeared in many documentaries (including The 11th Hour) and national radio and television programs.
Loading...
or
Not Currently Available for Direct Purchase