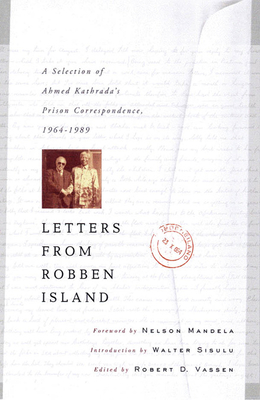 Late one night in July, 1963, a South African police unit surrounded the African National Congress headquarters in Rivonia and arrested a group of Movement leaders gathered inside. Eventually eight of them, including Nelson Mandela, who was already serving a sentence, Walter Sisulu, Dennis Goldberg, Govan Mbeki, Raymond Mhlaba, Elias Motsoledi, Andrew Mangeni, and Ahmed Kathrada, were convicted of sabotage and, on June 12, 1964, sentenced to life in prison. Soon, these men became widely known as the "Rivonia Trialists." Despite their imprisonment, the Trialists played active roles in the struggle against South Africa's racist regime. Instead of being forgotten, as apartheid officials had hoped, they became enduring symbols in a struggle against injustice and racism.
Kathrada and his colleagues were classified as high security prisoners, segregated from others and closely watched. Every activity was regulated and monitored. Among the many indignities visited upon them, the prisoners were prohibited from keeping copies of incoming and outgoing correspondence. Kathrada, or "Kathy" as he is known, successfully hid both.
Letters From Robben Island contains a selection of 86 of the more than 900 pieces of correspondence Ahmed Kathrada wrote during his 26 years on Robben Island and at Pollsmoor Prison. Some were smuggled out by friends; others were written in code to hide meaning and content from prison censors. These are among his most poignant, touching, and eloquent communications. They are testimonies to Kathrada, his colleagues, and to their commitment to obtaining human dignity and freedom for all South Africans.

Robert Vassen was born in South Africa. He is Associate Director of the English Language Center at Michigan State University. Prior to coming to MSU in 1990, he lived in London, England, where he was an active member of the African National Congress.