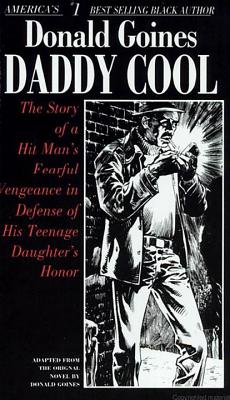 "The voice of the ghetto itself." —The Village Voice
A bold action-packed street opera from Donald Goines, the godfather of urban lit. . .

To his clients, Larry Jackson is known as "Daddy Cool." Nobody's better at what he does. Nothing knocks him off his game. With ice in his veins, he'll pull the trigger or stick a knife deep. All that matters is he gets paid—and that his teenage daughter, Janet, stays clear of the streets. But when Janet is lured into the stable of a young, smooth-talking pimp, Daddy Cool sees red—and goes into action deadly cold and unstoppable. . .

"He lived by the code of the streets and his books vividly recreated the street jungle and its predators." —New Jersey Voice

Donald Goines was born in Detroit, Michigan. He joined the U.S. Air Force instead of going into his family’s dry cleaning business. Following his service, he entered into a life of drug addiction and crime. He received seven prison sentences, serving a total of over six years. While he was in prison, Goines wrote his first two novels, Dopefiend: The Story of a Black Junkie and Whoreson: The Story of a Ghetto Pimp. Goines was shot to death in 1974.
Loading...
or
Not Currently Available for Direct Purchase