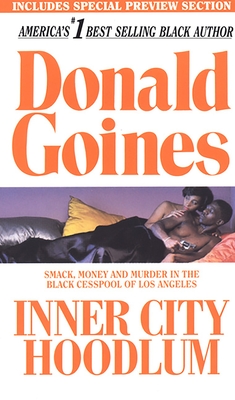 Johnny Washington, a black teenager in Los Angeles, knows the freight yard like the back of his hand. He and his pals, Josh and Buddy, hit them often, stealing for a fence. They have to. They're the soul support of their families. But when Josh is killed by a security guard (who gets his brains scattered by Buddy with nunchaku sticks), they are forced to look for other work. They find it with the underworld kings in Elliot Davis. But when Davis recruits Johnny's sister for his stabke and later OD's her, Johnny and Buddy come on with a vengeance.

"He lived by the code of the streets and his books vividly recreated the street jungle and its predators." —New Jersey Voice