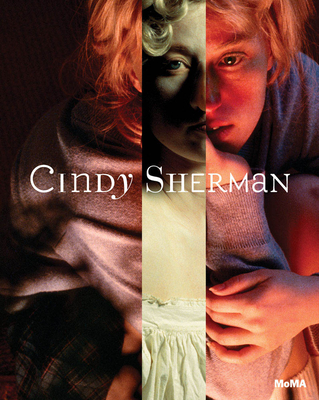 Published to accompany the first major survey of Cindy Sherman's work in the United States in nearly 15 years, this publication presents a stunning range of work from the groundbreaking artist's 35-year career. Showcasing approximately 180 photographs from the mid-1970s to the present, including new works made for the exhibition and never before published, the volume is a vivid exploration of Sherman's sustained investigation into the construction of contemporary identity and the nature of representation. The book highlights major bodies of work including her seminal Untitled Film Stills (1977-80); centerfolds (1981); history portraits (1989-90); head shots (2000-2002); and two recent series on the experience and representation of aging in the context of contemporary obsessions with youth and status. An essay by curator Eva Respini provides an overview of Sherman's career, weaving together art historical analysis and discussions of the artist's working methods, and a contribution by art historian Johanna Burton offers a critical re-examination of Sherman's work in light of her recent series. A conversation between Cindy Sherman and filmmaker John Waters provides an enlightening view into the creative process.

Cindy Sherman is a ground-breaking American photographer, born in 1954. She began her "Film Stills" series at the age of 23, gaining early recognition, and has followed it with remarkable experiments in color photography. Her art has won her wide recognition and praise, and been collected and exhibited by major museums throughout the world since 1980. A major retrospective exhibition of her work was shown at The Museum of Modern Art, New York; the San Francisco Museum of Modern Art; the Walker Art Center, Minneapolis; and the Dallas Museum of Art. Sherman is the recipient of a MacArthur Foundation "genius" award and a John Simon Guggenheim Memorial Fellowship. She is represented by Metro Pictures gallery in New York. Eva Respini is a former Curator in the Department of Photography at The Museum of Modern Art, New York where she contributed to numerous publications including Robert Heinecken: Object Matter (2014); Cindy Sherman (2012); and Into the Sunset: Photography's Image of the American West (2009); Fashioning Fiction in Photography since 1990 (2004).John Waters is an American filmmaker, actor, writer, and visual artist best known for his cult films, including "Hairspray," "Pink Flamingos," and "Cecil B. DeMented." He lives in Baltimore, Maryland.Johanna Burton has served as the director of the graduate program at the Center for Curatorial Studies at Bard College.
or support indie stores by buying on
Copyright © 2020 American Booksellers Association