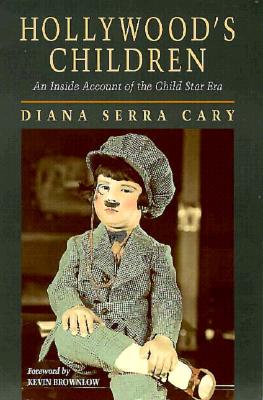 Diana Serra Cary's well-wrought, empathetic narrative presents the underside of the glittering stage and screen world: frightened children, merchants who buy and sell childhood as a commodity, rapacious stage mothers and fathers whose ambition and avarice make them willing to sacrifice their children to fulfill their own dreams. The first part of the book mines a lode of new information, recounting stories of the precursors to Hollywood's child stars (and their ambitious parents) - the spectacular 1853 stage debut of four-year-old Cordelia Howard, the rise of red-haired Lotta Crabtree in California's Gold Rush camps, and the travails and triumphs of the hoydenish Elsie Janis as she ad-libbed her way to stardom. Cary - as "Baby Peggy", Hollywood's pioneer child star, the youngest in theatrical history - has lived her subject, surviving a childhood filled with an enormous workload, some real physical danger, and emotional trauma. She weaves her own story of being her family's chief breadwinner with similar tales involving famous movie children she knew and worked with - Jackie Coogan, Shirley Temple, Mickey Rooney, and Judy Garland, among many others.