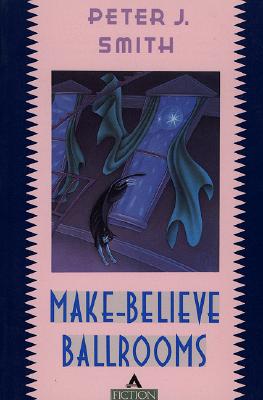 Dark days for Hal Andrews, New York artist and scion of an eccentric New England family. His cat has just died in a plunge from his apartment window. His brother Beck, manic-depressive and hopelessly nostalgic, is about to marry Lisa Lyman, heiress to the Family Wipes fortune and certifiably the world's most abominable girl. Their sister Fishie, an Olympic swimming champion who uses her television appearances to berate Hal, has recently shaved her head bald. And their father is withholding Hal's inheritance until he becomes more responsible, or at least until he's sixty-five. Hal's artwork clutters the floors of his girlfriend's apartment and does about as much for his putative gallery. Hoping for a genius grant and settling for a decrepit dog and a derisive girlfriend, Hal's optimism begins to wane as he descends into a moody twilit world of obscure urban horror.
Therefore, when a wrong number from out of town walks into his life, the situation is grim. Mary-Ann Beavers and her hostile brother arrive in New York via Greyhound, in search of celebrities and success, both rare commodities back home in Patent, Texas. She snaps her chewing gum and writes wretched poetry; her brother has bad teeth and a temper to match. While Mary-Ann stalks Liza Minnelli in the supermarket and treasures the autograph of Dustin Hoffman's agent's sister, a darkness that lasts for days falls over Hal's new but awful apartment. There is light, however, at the end of the tunnel, and Hal, in spite of himself, will bask in it. Make-Believe Ballrooms captures the true contemporary dilemma in this tale of Hal's decline and rehabilitation in much-too-postmodern New York.
or
Not Currently Available for Direct Purchase
Copyright © 2020 American Booksellers Association