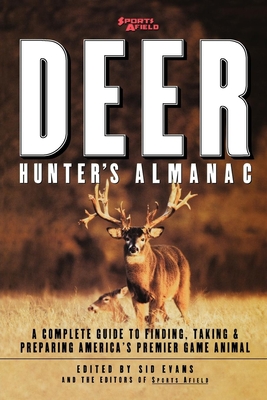 "No other deer hunting book like it. The Deer Hunter's Almanac is the ultimate guide to hunting deer across North America." -Peter Fiduccia, author of Whitetail Strategies

"There is not a successful deer hunter in the world who has not come up with his own peculiar methods -- some of them secret, some not -- for beating the long odds of killing a deer.

In this book we have tried to compile some of the best information and most interesting pieces written about deer in Sports Afield since the magazine was founded in 1887. There were not as many deer to hunt back then, but over the last quarter century deer populations have boomed in nearly every state but Alaska and Hawaii, and so have the articles written about them. Many of these pieces originally appeared in the Sports Afield Almanac, which was introduced by Editor Ted Kesting in 1972; others appeared as departments or short features. All told, more than 250 deer hunters contributed, making this, we hope, a very unique look at what is now America's favorite game animal. Some of the contributors-like Dwight Schuh and Peter Fiduccia, Tom McIntyre and Ted Kerasote-are what we would call pros. They have hunted, studied and written about deer all their lives. Others are just guys who wanted to share a couple of their best deer-hunting secrets. Do not be surprised if you turn up some contradictory views. There's more than one way to shoot, skin, and cook a deer; but it may be that the best way of all is the one you have to figure out on your own." "This is the finest book on whitetail hunting that I have seen." -- Larry Myhre, Sioux City Journal