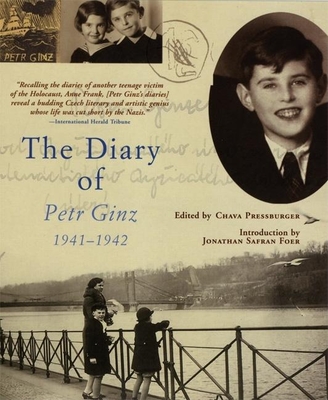 The Diary of Petr Ginz

Lost for sixty years in a Prague attic, this secret diary of a teenage prodigy killed at Auschwitz is an extraordinary literary discovery, an intimately candid, deeply affecting account of a childhood compromised by Nazi tyranny. As a fourteen-year old Jewish boy living in Prague in the early 1940s, Petr Ginz dutifully records the increasingly precarious texture of daily life. With a child's keen eye for the absurd and the tragic, he muses on the prank he played on his science class and then just pages later, reveals that his cousins have been called to relinquish all their possessions, having been summoned east in the next transport. The diary ends with Petr's own summons to Thereisenstadt, where he would become the driving force behind the secret newspaper Vedem, and where he would continue to draw, paint, write, and read, furiously educating himself for a future he would never see. Fortunately, Petr's voice lives on in his diary, a fresh, startling, and invaluable historical document and a testament to one remarkable child's insuppressible hunger for life.