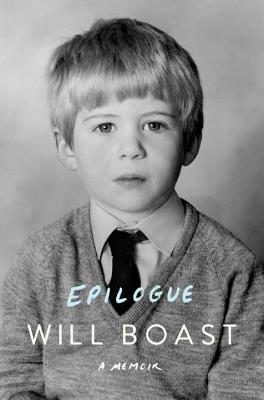 Will Boast thought he'd lost his family, until a deeply held secret revealed a second chance he never thought he’d have.


Having already lost his mother and only brother, twenty-four-year-old Will Boast finds himself absolutely alone when his father dies of alcoholism. Numbly settling the matters of his father's estate, Boast is deep inside his grief when he stumbles upon documents revealing a secret his father had intended to keep: He’d had another family before Will's—a wife and two sons in England.


This revelation leads to a flood of new questions. Did his father abandon this first family, or was he pushed away? Still reeling from loss, Boast is forced to reconsider the fundamental truths of his childhood and to look for traces of the man his father might truly have been. Setting out in search of his half brothers, he attempts to reconcile their family history with his own, testing each childhood memory under the weight of his father's secret. Moving between the Midwest and England, from scenes of his youth to the tentative discovery of his new family, Boast writes with visceral beauty about grief, memory, and his slow and tender journey to a new kind of love.

With the piercing gaze of a novelist, Boast transforms the pain and confusion of his family history into an achingly poignant portrait of resilience, revising the stories he's inherited to refashion both his past and his present. Heartbreaking and luminous, Epilogue is the stunning account of a young man’s struggle to understand all that he has lost and found, and to forge a new life for himself along the way.

It is during these unspoken moments that the author deftly captures the fleeting intimacy between father and son….The power of Epilogue comes in Boast’s brave and candid recounting of his losses — and how this accumulated grief reshapes the author and his beliefs of what can make up a family.

A beautiful and finely crafted memoir, one that recalls in its very construction the vortexes and whorls of grief, the ways that memory is a living thing and time marches forward…It is a truly rare feat for a book to both break your heart and make you wish it wouldn’t end: Epilogue does both. Boast has shown us life as it really is: beautiful, strange, cruel, surprising, and rarely so honestly explored.
— Nellie Hermann - Los Angeles Review of Books

Riveting, soulful, and courageously told... Never has a story of loss been so full of life.
— Maggie Shipstead, author of the national bestseller Seating Arrangements

Will Boast was born in England and grew up in Ireland and Wisconsin. He won the Iowa Short Fiction Award for his story collection, Power Ballads, and the Rome Prize. A former Wallace Stegner Fellow, his writing has appeared in the New York Times, Virginia Quarterly Review, Best New American Voices, and elsewhere. He divides his time between Chicago and Brooklyn, New York.