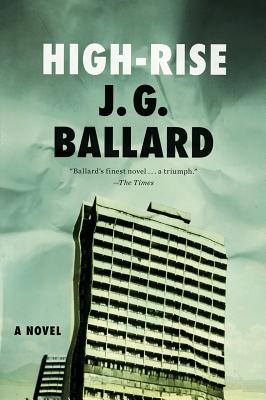 "Harsh and ingenious! High Rise is an intense and vivid bestiary, which lingers unsettlingly in the mind." —Martin Amis, New Statesman

When a class war erupts inside a luxurious apartment block, modern elevators become violent battlegrounds and cocktail parties degenerate into marauding attacks on “enemy” floors. In this visionary tale, human society slips into violent reverse as once-peaceful residents, driven by primal urges, re-create a world ruled by the laws of the jungle.

J.G. Ballard was born in Shanghai in 1930 and lived in England from 1946 until his death in London in 2009. He is the author of nineteen novels, including Empire of the Sun, The Drought, and Crash, with many of them made into major films.
or support indie stores by buying on