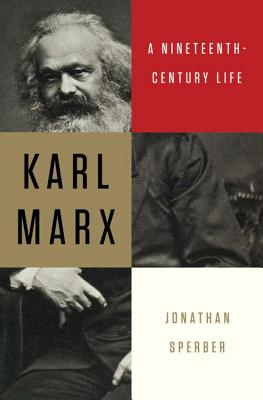 Karl Marx is a magisterial and defining biography that vividly explores not only the man himself but also the revolutionary times in which he lived.

Between his birth in 1818 and his death sixty-five years later, Karl Marx became one of Western civilization’s most influential political philosophers. Two centuries on, he is still revered as a prophet of the modern world, yet he is also blamed for the darkest atrocities of modern times. But no matter in what light he is cast, the short, but broad-shouldered, bearded Marx remains—as a human being—distorted on a Procrustean bed of political “isms,” perceived through the partially distorting lens of his chief disciple, Friedrich Engels, or understood as a figure of twentieth-century totalitarian Marxist regimes.


Returning Marx to the Victorian confines of the nineteenth century, Jonathan Sperber, one of the United States’ leading European historians, challenges many of our misconceptions of this political firebrand turned London émigré journalist. In this deeply humanizing portrait, Marx no longer is the Olympian soothsayer, divining the dialectical imperatives of human history, but a scholar-activist whose revolutionary Weltanschauung was closer to Robespierre’s than to those of twentieth-century Marxists.

With unlimited access to the MEGA (the Marx-Engels Gesamtausgabe, the total edition of Marx’s and Engels’s writings), only recently available, Sperber juxtaposes the private man, the public agitator, and the philosopher-economist. We first see Marx as a young boy in the city of Trier, influenced by his father, Heinrich, for whom “the French Revolution and its aftermath offered an opportunity to escape the narrowly circumscribed social and political position of Jews in the society.” For Heinrich’s generation, this worldview meant no longer being a member of the so-called Jewish nation, but for his son, the reverberations were infinitely greater—namely a life inspired by the doctrines of the Enlightenment and an implacable belief in human equality.

Contextualizing Marx’s personal story—his rambunctious university years, his loving marriage to the devoted Jenny von Westphalen (despite an illegitimate child with the family maid), his children’s tragic deaths, the catastrophic financial problems—within a larger historical stage, Sperber examines Marx’s public actions and theoretical publications against the backdrop of a European continent roiling with political and social unrest. Guided by newly translated notes, drafts, and correspondence, he highlights Marx’s often overlooked work as a journalist; his political activities in Berlin, Paris, and London; and his crucial role in both creating and destroying the International Working Men’s Association. With Napoleon III, Bismarck, Adam Smith, and Charles Darwin, among others, as supporting players, Karl Marx becomes not just a biography of a man but a vibrant portrait of an infinitely complex time.

Already hailed by Publishers Weekly as “a major work . . . likely to be the standard biography of Marx for many years,” Karl Marx promises to become the defining portrait of a towering historical figure.

Lutz skillfully uses the titular nine objects to explore the relationship between the sisters’ world and their fiction…. Lutz commends Emily [Bronte] for her ‘visceral engagement with her subject matter,’ and the same could be said of Lutz in this illuminating biographical study.
— Ian Kershaw, author of Hitler: A Biography

A passionate, intelligent and stylish book. Deborah Lutz works a kind of magic around the Brontes' possessions and evokes their lives, works and legacies more vividly than ever. A brilliantly original study that all Bronte lovers will want to read.
— Jonathan Freedland - New York Times Book Review

[B]rings the Brontës to life by performing a magical investigation of the objects surrounding them. Deborah Lutz exercises a dowser’s wondrous rigor; with erudition, deep feeling, and an almost mystical sense of an inanimate object’s communicativeness, she pioneers a new way of looking at detritus and keepsakes, and a new way of writing biography.
— Helmut Smith, author of The Butcher’s Tale: Murder and Anti-Semitism in a German Town

Doing for Marx what Ian
Kershaw did for Hitler, Jonathan Sperber has given us more than just a landmark
biography, but a magnificent literary and historical achievement.
— Christopher M. Clark, author of Iron Kingdom: The Rise and Downfall of Prussia, 1600–1947

Starred review. This superb, readable biography of the most controversial political and economic thinker of the last two centuries achieves what scholars have been hard-pressed to deliver in recent decades: a study of Marx that avoids cold war, ideological, and partisan commitments and arguments. A major work, this is likely to be the standard biography of Marx for many years.
— Publishers Weekly

Including the cast of Marx’s enemies and acolytes, Sperber superbly recounts the life Marx led.
— Booklist

[A] scrupulously detailed account of its subject from cradle to grave.
— Terry Eagleton - Harper's

The first significant Marx biography in decades… Sperber details graphically the often-times scurrilous intrigues and competitive struggles, in doing so developing a panorama of a European-wide network of artisans, revolutionaries and intellectuals… In careful detail, [he] reconstructs the genesis of Marx’s works, the influences of David Ricardo and Adam Smith on Marx’s political economy, as well as his fascination with Darwin’s theories.
— Alexander Cammann, author of Die Zeit

Working with sources not available to previous authors, Sperber offers a fresh perspective on Karl Marx and 19th-century European history in this remarkable work…. This brief review hardly does justice to a book that combines exceptional scholarship with exemplary exposition, and is among the best historical studies of this generation…. Essential.
— Choice

Jonathan Sperber, the author of The European Revolutions, 1848–1851, is the Curators’ Professor of History at the University of Missouri. He has written extensively on the social and political history of nineteenth-century Europe.
Loading...
or
Not Currently Available for Direct Purchase