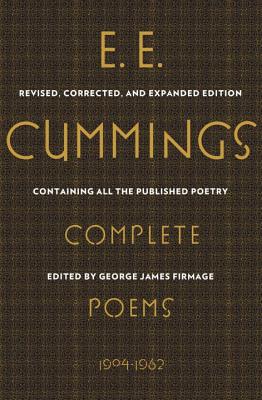 This edition of E. E. Cummings’s Complete Poems contains all the poems published or designated for publication by the poet in his lifetime, including 36 poems that were first collected in the 1991 edition and 164 unpublished poems issued in 1983 under the title Etcetera. Combining Thoreau’s controlled belligerence with the brash abandon of an uninhibited bohemian, Cummings, together with Pound, Eliot, and William Carlos Williams, helped bring about the twentieth-century revolution in literary expression. Today, Cummings is recognized as the author of some of the most beautiful lyric poems in the English language as well as one of the most inventive American poets of his time—in the words of Richard Kostelanetz, “the major American poet of the middle-twentieth century.” Formally fractured and yet gleefully alive and whole, at once cubistic and figurative, Cummings’s work expanded the boundaries of what language is and can do.