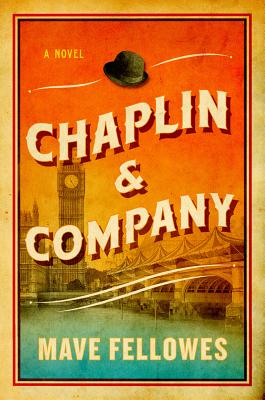 A coming-of-age tale brimming with charm, heartache, and the peculiar magic of London's canals.

When eighteen-year-old Odeline Milk is left orphaned by her mother, she takes her small inheritance and leaves her sleepy hometown behind in search of a lifestyle better suited to her artistic temperament. She moves to London to pursue her single-minded dream of becoming, of all things, a great mime in the tradition of Charlie Chaplin and Marcel Marceau.


But like many a solitary wanderer before her, Odeline finds that the London of her imagination isn’t quite consistent with the reality. To save money she moves onto a longboat, auspiciously named Chaplin and Company, in London’s canal neighborhood of Little Venice. There she stumbles upon a peculiar underbelly of the city, full of marginalized, eccentric figures. A stern young woman, Odeline is serious about her art and uninterested in forming what she considers to be distracting new relationships. But little by little, Odeline begins to form unpredictable alliances with those around her—the beleaguered illegal immigrant, the handsome vagabond, and the vulnerable old drunk. Before she knows it, Odeline becomes an essential part of this community of outsiders, discovering the value of companionship and, more important, the depths of her own courage.

Extraordinary newcomer Mave Fellowes travels gracefully between Odeline's story and those of the lost souls around her, charting the course of each one’s haunted past and their halting progress toward redemption. With astonishing empathy, Fellowes shows that everyone has a story, and sometimes loneliness itself is what connects us to each other. An endearing and surprisingly steely debut that paints the bizarre and the ordinary with equal sincerity, Chaplin & Company is a novel that reveals beauty in the most unlikely of places.


Praise For Chaplin & Company: A Novel…

This offbeat tale of loners and eccentrics who live on the old canals of London has a certain quirky charm.
— Leslie Patterson - Library Journal

Mave Fellowes has an MA in creative writing, and her stories have appeared in Granta and other publications. She lives in London with her husband and son.
Loading...
or
Not Currently Available for Direct Purchase