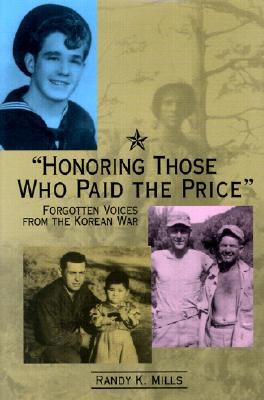 Honoring Those Who Paid the Price

Forgotten Voices from the Korean War

In December 1950 Donald Hamilton, a medic with the Eighth Army's Seventh Division, became trapped with the rest of his comrades under a fierce onslaught by Chinese troops at the Chosin Reservoir. As Hamilton prepared to escape to safety, he heard a fellow soldier scream for help. Disregarding a friend's plea not to return, Hamilton went back to offer aid. He was never seen again.
Donald Hamilton is one of the 927 Hoosiers killed in the Korean War. The story of those who died, those who served, and the loved ones back home who struggled to understand the horrors of war are examined in this book. Randy K. Mills personally interviewed a number of Hoosier veterans of the war, reviewed letters from veterans to loved ones back home, perused local and national media accounts, and consulted definitive historical studies about the conflict.