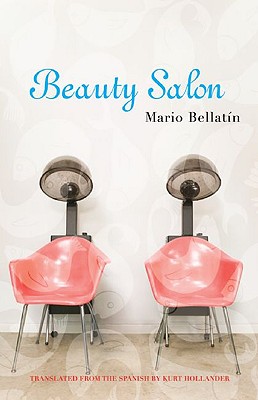 "Like much of Mr. Bellatin's work, Beauty Salon is pithy, allegorical and profoundly disturbing, with a plot that evokes The Plague by Camus or Blindness by Jose Saramago."--"New York Times"

"Including a few details that may linger uncomfortably with the reader for a long time, this is contemporary naturalism as disturbing as it gets."--"Booklist"

A strange plague appears in a large city. Rejected by family and friends, some of the sick have nowhere to finish out their days until a hair stylist decides to offer refuge. He ends up converting his beauty shop, which he's filled with tanks of exotic fish, into a sort of medieval hospice. As his guests continue to arrive and to die, his isolation becomes more and more complete in this dream-hazy parable by one of Mexico's cutting-edge literary stars.

Mario Bellatin, the author of numerous short novels, was born in Mexico City in 1960. In 2000, "Beauty Salon" was nominated for the Medicis Prize for best novel translated into French. This is its first translation into English.

Mario Bellatin was born in Mexico City in 1960 and studied film in Cuba. A singular talent and risk-taking storyteller, Bellatin is the author of the short novels, Canon perpetuo, Efecto invernadero, Damas chinas, and Poeta ciego. Salon de belleza (Beauty Salon) was released in 1999 and received huge praise and wide recognition. This is its first translation Originally from NYC, Hollander has lived in Mexico City for the last 20 years. Editor of magazines: The Portable Lower East Side (1983-1993) and Poliester (1992-2000). Author of various works of fiction, translator, writer, director and producerof the feature film Carambola (2005). He currently writes for the London Guardian Weekly and the New York Times travel section."
Loading...
or
Not Currently Available for Direct Purchase