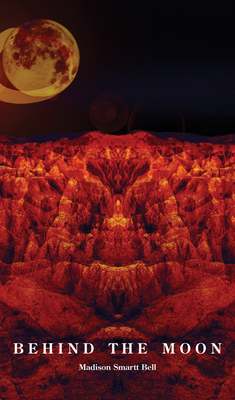 Best known for his acclaimed Haitian trilogy--All Souls' Rising, Master of the Crossroads and The Stone That the Builder Refused--Bell draws on his own experiences with voodoo possession to re-create his characters' descent into a sinister otherworld. The novel toys with perspective--women shape-shifting into rocks or animals; the same life-or-death scene played repeatedly, with myriad outcomes--in a kind of primal storytelling that crackles with dread and desire.--O Magazine

When Julie skips school and sets off with her best friend and some local boys for a camping trip in the desert, she finds herself the target of unwanted, drug-fueled sexual attention. Running away in fear, she takes a dangerous fall down the shaft of a vast underground cave, and it takes two days for her to be rescued. Lying unconscious in her hospital bed, Julie hovers between life and death as she travels in a seductive parallel universe inspired by remarkable cave paintings left behind by prehistoric humans.

Marko, her attacker, tries to cover his tracks, menacing those who know what happened in the desert that night. Jamal, the youngest son in a family of Iraqi refugees living in Julie's small town, is one of his prime targets. He defies Marko, keeping him away from Julie's bedside and refusing to fall prey to his threats of violence.

Meanwhile, Marissa, who gave Julie up for adoption fifteen years earlier when she became pregnant as an adolescent, is following an instinct that leads her back to the daughter she once abandoned. With the aid of Jamal and a local Native American hitman/shaman, she attempts to draw Julie back to consciousness.

Madison Smartt Bell is best known for his trilogy of novels about Toussaint Louverture and the Haitian Revolution, including All Souls' Rising, which was a finalist for the National Book Award and the PEN/Faulkner Award.

Praise for Behind the Moon:

Madison Smartt Bell writes with the urgency of someone who just received a dire prognosis. And Behind the Moon will remind you that you are alive.--Jonathan Safran Foer, author of Here I Am

Between fever dreams and stone hard reality, Madison Smartt Bell has crafted a powerful examination of what is and what might be. It is simply wonderful.--Dorothy Allison, author of Bastard out of Carolina

I love these characters. I love the writing. Behind the Moon is a brilliant work. --Percival Everett, author of Half an Inch of Water

Bell gives us this fast-paced, spiritually inspired dream-story, full of heart and hope and danger. It's adventure at its finest: a spiked drink, a desert cave, a gunshot, a mother looking for her child. Buckle in: you are headed for a terrific ride.--Deb Olin Unferth, author of Wait Till You See Me Dance

Behind The Moon is a visceral, full body primal experience; terrifying, seductive, Madison Smart Bell at his best.--A.M. Homes, author of May We Be Forgiven

Behind the Moon is a thrilling and uncannily powerful story by one of the best living American fiction writers. I couldn't put it down.--John McManus, author of Fox Tooth Heart

Madison Smartt Bell is one of the great american masters. This book has a pre-religous power, read it and be inspired.--Darcey Steinke, author of Sister Golden Hair: A Novel

With spare but lyrical prose, Madison Smartt Bell tells a harrowing story with propulsive drama. A haunting and hypnotic read.--Heidi W. Durrow, author of The Girl Who Fell From the Sky

Mr. Bell writes like a scrimshaw's angel, as he's been doing, luckily for us, nigh four decades.--George Singleton, author of Calloustown

In his latest work, Madison Smartt Bell secures his position as one of the country's most innovative, inventive and accomplished writers. From the heart-racing opening to the eye-opening end, you won't be able to put this book down.--Jessica Anya Blau, author of The Trouble with Lexie

This cinematic novel is a rare combination of smart literary novel and compelling page-turner, at once menacing and sweeping, dark and transportive, eloquent and hallucinatory.--Michael Kimball, author of Big Ray

Madison Smartt Bell's new novel renders the many ways in which longing can take form, with both disastrous and redemptive consequences.--Chantel Acevedo, author of The Distant Marvels

This latest from National Book Award finalist Bell (after Zig Zag Wanderer) is the story of an illicit teenage camping trip gone awry. . . . Multiple versions and perspectives are pervasive and illustrate the dream space and the story, culminating in a perfect matchup of beginning and ending.--Starred review, Library Journal

In Bell's latest novel, a girl named Julie, fleeing from a violent sexual encounter in the desert, tumbles into a cave and falls into a fever dream inspired by ancient drawings on the cave walls. . . . A ] powerful, mind-bending work.--Publishers Weekly

From Bell (The Color of Night, 2011, etc.), a novel about a young woman finding her way back aboveground both literally and metaphorically after a misadventure beneath the surface of things. . . . lyrical, ambitious, and well worth reading.--Kirkus Review

Behind the Moon is an astounding achievement, to be read with an equally astounding freedom. . . . through and through a magical encounter and a novel of mystery, but then what should one expect being taken there behind the moon, that emblem in the sky of love, of unknown loneliness, and uneasy inaccessibility?"--Linda Chown, Numerocinqmagazine

Madison Smartt Bell is one of those novelists who slip the net of classification. . . . lately he's ventured into the American West, for The Color of Night (2011), a goosepimpler about a former Manson cultist, and for his eerie and peculiar novel Behind the Moon.--Sam Sacks on the Best New Fiction: Literary thrillers by Madison Smartt Bell and others," Wall Street Journal

An early personal favorite, Bell is one of those writers who defies categorization and at times even description, his work somehow managing to track the borderland between experimental mind games and the solid characterization and description of mainstream literary fiction. A synthesis of mind and heart told in a language that matches the subtle virtuosity we've come to associate with his work, Bell's thirteenth novel, Behind the Moon, does nothing to diminish his legacy.--Kurt Baumeister, The Nervous Breakdown

His novel, or 'fever dream, ' as he dubs it on the title page, riveted me. Bell's ever-beguiling prose feels richer than ever, and the narrative structure--time past, present, and future in a Western cave; ancient peoples and their descendants--transcends linearity.--The Hudson Review

Madison Smartt Bell (born August 1, 1957 Nashville, Tennessee) is an American novelist. He is best known for his trilogy of novels about Toussaint Louverture and the Haitian Revolution, including All Souls' Rising, which was a finalist for the 1995 National Book Award and the 1996 PEN/Faulkner Award. It also won the 1996 Anisfield-Wolf Award for the best book of the year dealing with matters of race. Bell is a Professor of English at Goucher College in Towson, Maryland, where he was Director of the Creative Writing Program from 1998 to 2004. In addition to many books of fiction and non-fiction, he has published essays and reviews in Harper's, The New York Review of Books, The New York Times Book Review, and The Village Voice.
Loading...
or support indie stores by buying on