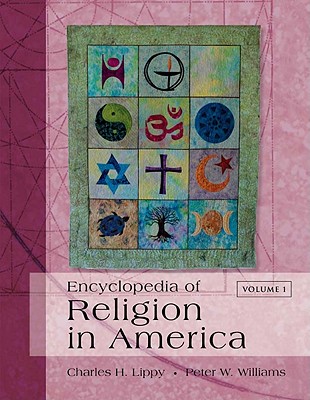 A multidisciplinary examination of religion in American life

Encyclopedia of Religion in America examines how religious history and practices are woven into the political, social, cultural, and historical landscape of North America. This authoritative four-volume reference work explains the origins, development, adaptation, influence, and interrelations of the many faiths practiced, including major world religions, new religious sects, cults, and religious movements that originated or had an influence in the United States.

Edited by well-known experts in the field, the Encyclopedia covers all the significant religious denominations and movements that have originated or flourished in North America, from the beginning of European settlement to the present day. The broad multidisciplinary coverage includes the religious life of indigenous peoples, specific aspects of religious life, and the relationship of political, social, economic, and cultural spheres.

Encyclopedia of Religion in America is an essential resource for students and scholars researching issues in a wide variety of social science disciplines, from American history to cultural studies, political science, gender studies, psychology of religion, and more. It reflects new scholarly research and interpretation that have emerged over the last two decades, as well as significant new areas of study, such as post-9/11 America, the role of gays and lesbians in church, gender, and the role of the evangelicals in American political life.