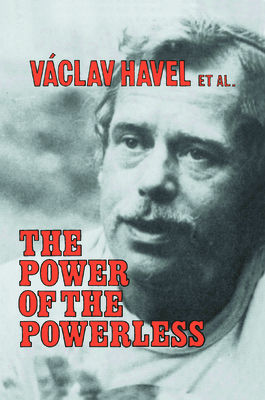 The Power of the Powerless

Citizens Against the State in Central Eastern Europe

Books of great political insight and novelty always outlive their time of birth and this reissued work, initially published in 1985, is no exception. Written shortly after the formation of Charter 77, the essays in this collection are among the most original and compelling pieces of political writing to have emerged from central and Eastern Europe during the whole of the post-war period. V clav Havel's essay provides the title for the book. It was read by all the contributors who in turn responded to the many questions which Havel raises about the potential power of the powerless.

The essays explain the anti-democratic features and limits of Soviet-type totalitarian systems of power. They discuss such concepts as ideology, democracy, civil liberty, law and the state from a perspective which is radically different from that of people living in liberal western democracies. The authors also discuss the prospects for democratic change under totalitarian conditions. Steven Lukes' introduction provides an invaluable political and historical context for these writings.

The authors represent a very broad spectrum of democratic opinion, including liberal, conservative and socialist.