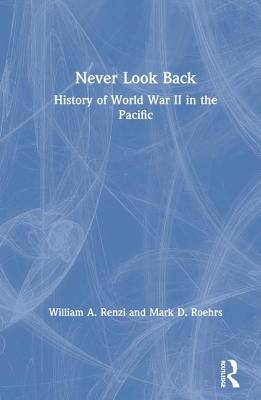 50 years ago, Japan attacked Pearl Harbour and brought a reluctant America into World War II. Armed with fresh materials, which have become available only in the last decade, Renzi and Roehrs take a critical look at the decisive Japanese-American episodes in "The Great Pacific War". Unlike standard histories of World War II, "Never Look Back" includes the Japanese perspective, bringing to light challenging facts: in "Operation Flying Elephant" the Japanese attempted to cause forest fires in the American West by releasing hydrogen-filled balloons. When Americans of Japanese ancestry were interned during the conflict, word reached Japan of their plight and resulted in even greater mistreatment of American POWs in Japan. It is argued that Japan did not surrender because of the atomic bombing of Hiroshima and Nagasaki or because of the conventional firebombing or because of the US submarine campaign, but because the USSR entered the war.

William A. Renzi received his Ph.D. from the University of Maryland in 1968, where he studied with the late Gordon W. Prange. Professor Renzi was a member of the history faculty of the University of Wisconsin, Milwaukee; his primary research interests were the diplomatic and military history of the two world wars. Among his other works are In the Shadow of the Sword: Italy's Neutrality and Entrance into the Great War, 1914-1915. Professor Renzi died in December 1990., Mark Roehrs received his Masters Degree in History from the University of Wisconsin, Milwaukee, and is currently completing Ph.D. studies at Louisiana State University. His studies focus primarily on the military and diplomatic relations of the United States in the middle decades of the twentieth century.
Loading...
or
Not Currently Available for Direct Purchase