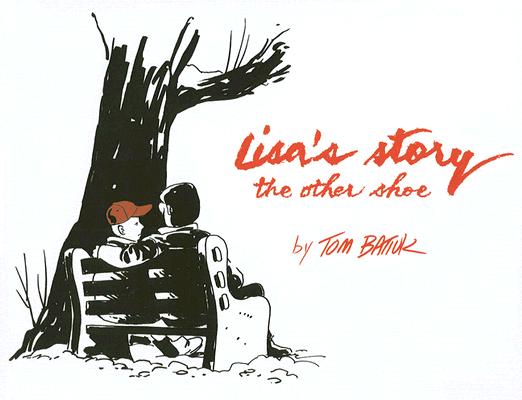 The Other Shoe (Literature and Medicine #12)

A portion of the proceeds from the sale of Lisa's Story go towards cancer research and education. Visit Lisa's Legacy Fund to learn more or to make a direct donation.

In 1999, Lisa Moore, one of Funky's friends and a main character, discovered she had breast cancer. Batiuk, unsure about dealing with such a serious subject on the funny pages, decided to go ahead with the story line. He approached the topic with the idea that mixing humor with serious and real themes heightens the reader's interest. Lisa and husband Les faced the same physical, psychological, and social issues as anyone else dealing with the disease.

After a mastectomy and chemotherapy, Lisa was cancer free. She finished her law degree, opened a practice, and had a baby daughter, Summer. Then, in the spring of 2006, the cancer returned and metastasized. Lisa's Story: The Other Shoe is a collection of both the 1999 comic strips on Lisa's initial battle with cancer and the current series examining her struggle with the disease and its outcome. Additionally, it contains resource material on breast cancer, including early detection, information sources, support systems, and health care.

Tom Batiuk is a graduate of Kent State University. His Funky Winkerbean and Crankshaft comic strips are carried in over 700 newspapers throughout the U.S. In 2006, he was honored by the American Cancer Society and presented its Cancer Care Hall of Fame Award for his sympathetic work in highlighting the experiences of those with cancer.
or
Not Currently Available for Direct Purchase
Copyright © 2020 American Booksellers Association