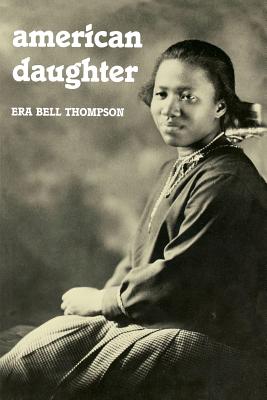 Black North Dakotans were indeed something of a rarity in 1914, when young Erabelle Thompson and her family moved to a farm near the small community of Driscoll. In fact, when the Thompsons traveled thrity miles to join two other black families for Christmas dinner, "there were fifteen of us, four percent of the state's entire Negro population."

In this lively autobiography, Thompson describes the experiences of her North Dakota girlhood: busting broncos with her brothers; making friends with Norwegian and German neighbors; meeting Governor Lynn J. Frazier, for whom her father worked as a personal messenger; running footraces at picnics (and knowing that people were betting on her to win); selling used furniture in Mandan; working her way through college in Grand Forks; and facing prejudice without the support of a large black community. She also discusses the impact of her North Dakota background on her later adventures in St. Paul and Chicago.