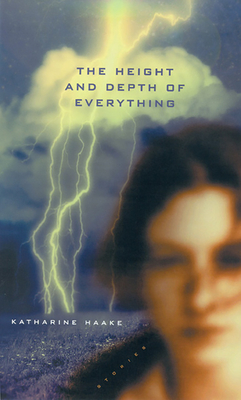 The Height And Depth Of Everything

Katharine Haake's The Height and Depth of Everything is a book of journeys in which displaced women make unsettling forays into the new West. There, some violent expression of nature disrupts their lives, forcing them to readjust their vision of the world. Like the places they live—Washington state in the aftermath of the eruption of Mount St. Helens; the rubble-strewn epicenter of Southern California after a recent earthquake; the flooded streets of a desert town in Utah—the characters in this collection are all "picking up the pieces" of lives shaken by both natural and spiritual disaster. In the precariousness of their lives, these characters find redemption by submitting to the indeterminacy of human life.

Praise For The Height And Depth Of Everything: Stories (Western Literature Series)…

“In a paean to the craft of writing and strength of language, Haake mixes her family’s oral history with that of California’s natural one, imparting a rich narrative of rivers, dams, and floods, mothers, sons and daughters. At its heart is the Shasta Dam project, both boondoggle and benefit to California’s central valley. At its soul, two young girls, one raped, one blind. Weaving fiction with fact, Haake equates nature’s basic elements (earth, fire, water) with those of mankind (love, livelihood, safety). Whether spinning a tale or stating the truth, Haake’s eloquence has as much power to move mountains as the engineers and surveyors whose dams so dramatically changed the landscape of her beloved home.” —Carol Haggas, Booklist, February 2003

Katharine Haake is the author of two books of creative writing theory and three works of fiction. Haake is professor of English at California State University, Northridge, where she directs the creative writing program. She lives in Los Angeles, California
Loading...
or
Not Currently Available for Direct Purchase