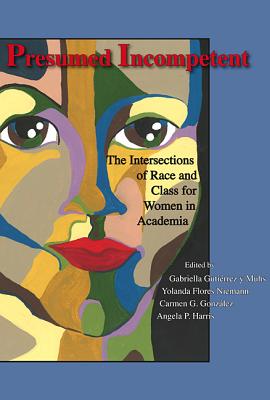 The Intersections of Race and Class for Women in Academia

Presumed Incompetent is a pathbreaking account of the intersecting roles of race, gender, and class in the working lives of women faculty of color. Through personal narratives and qualitative empirical studies, more than 40 authors expose the daunting challenges faced by academic women of color as they navigate the often hostile terrain of higher education, including hiring, promotion, tenure, and relations with students, colleagues, and administrators. The narratives are filled with wit, wisdom, and concrete recommendations, and provide a window into the struggles of professional women in a racially stratified but increasingly multicultural America.


Praise For Presumed Incompetent: The Intersections of Race and Class for Women in Academia…

"Women in academia still face obstacles built up over centuries, but the contributors to Presumed Incompetent have taken a leap toward liberation. Their revelations will enrage you—and open minds and hearts."
—Gloria Steinem

"All my academic friends—white and black, gay and straight, minority and majority—are putting up images of the book on their Facebook page. They don't say much except "I'm ordering mine" but the proliferation of this cryptic message is enough: indicating a tectonic shift. . . I'm glad there is a book out there that can tell it like it is—a book that can do the talking for those who have to remain silent. Only in this way, with one party speaking to the other, can we begin a useful dialog. I hope everybody sticks Presumed Incompetent's image on their Facebook page. . . It will make the world a much, much better place."
—Khan Ho, The Huffington Post

"This book felt so painfully familiar I almost could not read it. Those of us who started our careers as firsts and onlys have had to forget much about the cruelty hidden in academic enclaves. Forgetting, a means of surviving, buries pain and erases history, leaving us morally and intellectually flimsy. Thanks to these women for taking the harder path of truth-telling."
—Mari Matsuda, author of Where is Your Body: Essays on Race, Gender, and the Law

"Presumed Incompetent is undeniably a path-breaking book full of stories of resilience and survival. The editors of this magnificent collection attest to the power of storytelling and add to the testimonios of women in academia such as Telling to Live and Paths to Discovery. Each and every one of the authors survived and in telling their stories they offer hope and solace for young women scholars entering the academy." —Norma E. Cantú

"Exploding the myth that we live in a "post-identity" world, Presumed Incompetent provides gripping first-hand accounts of the ways in which women faculty of color are subjected to stereotypes, fears and fantasies based on the intersection of race, gender, and class. It reminds us that the mere passage of time is not enough to create equitable workplaces for anyone facing institutional subordination." —Kimberlé Crenshaw

"A 'must read' for everyone in and outside of academia"
— Amelia ML Montes, La Bloga

"Presumed Incompetent offers valuable lessons and advice for just about everyone in Academia, from contigent faculty, post-docs, and tenured and tenure-track faculty, to administrators and search committees. It is up to us to heed that advice if we hope to erase the dangerous and erroneous belief in academic women's incompetence."
—Afshan Jafar, Inside Higher Education

Yolanda Flores Niemann (Ph.D., Psychology, 1992, University of Houston) is professor of psychology at the University of North Texas.