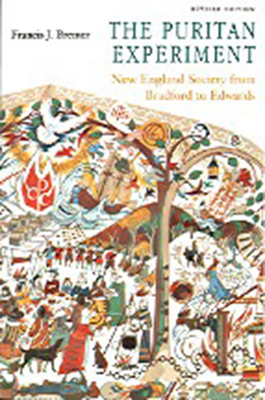 This revised and updated edition of an out-of-print classic once again makes the broad background of Puritanism accessible to students and general readers. Based on a chronology that begins with the Act of Supremacy in 1534 and ends with Jonathan Edwards's death in 1758, Francis J. Bremer's interpretive synthesis of the causes and contexts of the Puritan movement integrates analyses of the religious, political, sociological, economic, and cultural changes wrought by the movement in both Old and New England. From meeting house architecture to Salem witch trials, from relations with Native Americans to the founding of the nation's first colleges, he details with style and grace "a living system of faith" that not only had profound significance for tens of thousands of Englishmen and Americans in the sixteenth and seventeenth centuries, but also affected the course of history in the New World.

FRANCIS J. BREMER is emeritus professor of history at Millersville University of Pennsylvania. A leading authority on Puritanism, he is the author of numerous books, including First Founders: American Puritans and Puritanism in an Atlantic World and the award-winning biography John Winthrop: America’s Forgotten Founding Father.
Loading...
or support indie stores by buying on
(This book is on backorder)