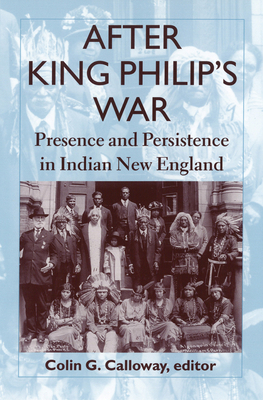 The 1676 killing of Metacomet, the tribal leader dubbed "King Philip" by colonists, is commonly seen as a watershed event, marking the end of a bloody war, dissolution of Indian society in New England, and even the disappearance of Native peoples from the region. This collection challenges that assumption, showing that Indians adapted and survived, existing quietly on the fringes of Yankee society, less visible than before but nonetheless retaining a distinct identity and heritage. While confinement on tiny reservations, subjection to increasing state regulation, enforced abandonment of traditional dress and means of support, and racist policies did cause dramatic changes, Natives nonetheless managed to maintain their Indianness through customs, kinship, and community.

Colin G. Calloway is Professor of History and Native American Studies at Dartmouth College. His many books include New Worlds for All (1997) and The American Revolution in Indian Country (1995). He has also edited North Country Captives (1992) and Dawnland Encounters (1991).
Loading...
or support indie stores by buying on