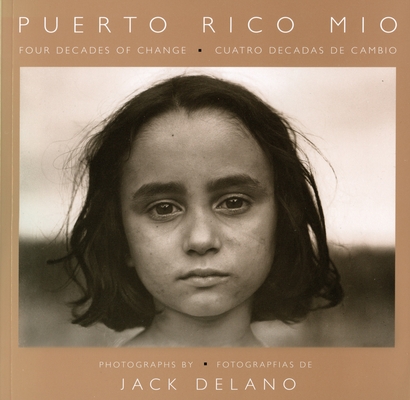 Four Decades of Change, in Photographs by Jack Delano

Puerto Rico Mio is an extraordinary collection from two series of photographs: the first taken when Delano first went to Puerto Rico with the Farm Security Administration in 1941-42 and the second when he rephotographed those same places in the 1980s.

“Delano, who first visited Puerto Rico in 1941 as a photographer for the Farm Security Administration, returned 40 years later to film again the Puerto Rican landscapes and lives he had come to love. Introduced by four brief essays in both English and Spanish by Delano and educator Arturo Morales Carrion, art historian Alan Fern and anthropologist Sidney W. Mintz, the 175 duotones collected here reflect ‘the ambiguous, divided situation of a country with which the North Americans have not known how to cope.’ Taken individually, his pictures include honest, beautiful, persuasive portraits of farmers and their mules, exquisitely specific domestic still lifes, and poetic evocations of anonymous solitudes.”—Publishers Weekly

Jack Delano was a Farm Security Administration photographer.
Loading...
or
Not Currently Available for Direct Purchase