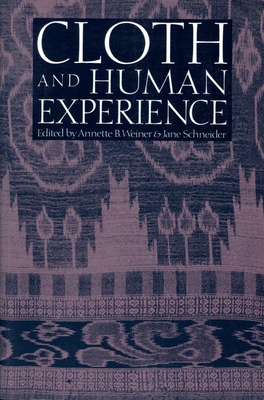 Cloth and Human Experience explores a wide variety of cultures and eras, discussing production and trade, economics, and symbolic and spiritual associations.

Praise For Cloth and Human Experience…

“A book with an overwhelming scope . . . The editors march us across six continents, several archipelagos and a few oceans, and through a wide variety of times and political systems, all the while pondering cloth. And the variation among the essays in this volume, by art historians, historians, and anthropologists, is striking. . . . The editors point out that cloth is a metaphor for the connectedness of society and that it has always been politically, socially, and cosmologically important.”—New York Times Book Review

“The 13 essays in this volume . . .explore the social and political significance of cloth in small-scale and industrial societies. The book has both a materialist and a symbolic focus: the contributors discuss cloth's production and trade as well as its value as a sacred and revered heirloom. There are chapters on indigo dyeing and its relation to gender symbolism in Indonesia, cloth and its function in the Inka state in Peru, folklore and linen manufacturing in early modern Europe, and the role of fabric in the struggle for independence in India, to name just a few.”—American Craft

Annette B. Weiner holds the Kriser Distinguished Professorship in Anthropology and is chair of the Department of Anthropology at New York University. She is the author of Women of Value, Men of Renown: New Perspectives on Trobriand Exchange, and The Trobrianders of Papua New Guinea. Jane Schneider teaches at the Graduate Center of the City University of New York, where she is currently the executive officer of the Ph.D. program in anthropology. She is coauthor of Culture and Political Economy in Western Sicily.
Loading...
or
Not Currently Available for Direct Purchase