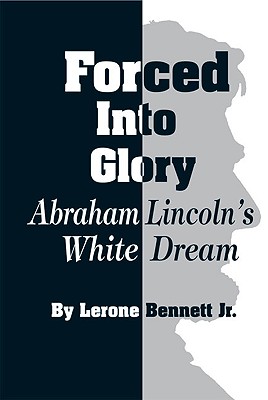 Beginning with the argument that the Emancipation Proclamation did not actually free African American slaves, this dissenting view of Lincoln's greatness surveys the president's policies, speeches, and private utterances and concludes that he had little real interest in abolition. Pointing to Lincoln's support for the fugitive slave laws, his friendship with slave-owning senator Henry Clay, and conversations in which he entertained the idea of deporting slaves in order to create an all-white nation, the book, concludes that the president was a racist at heartand that the tragedies of Reconstruction and the Jim Crow era were the legacy of his shallow moral vision.

Lerone Bennett Jr. is the executive editor emeritus of "Ebony" magazine and the author of 10 books, including "Before the Mayflower"," Great Moments in Black History"," Pioneers in Protest"," The Shaping of Black America," and "What Manner of Man"," "" "a biography of Martin Luther King. He lives in Chicago.
or
Not Currently Available for Direct Purchase
Copyright © 2020 American Booksellers Association