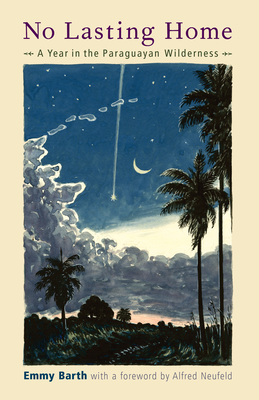 A Year in the Paraguayan Wilderness - Bruderhof Stories (Bruderhof History)

It is summer, 1940. As Hitler's armies turn mainland Europe into a mass graveyard, his feared Luftwaffe rain bombs on England. Meanwhile, amid the green hills of the Cotswolds, a nest of "enemy aliens" has been discovered: the Bruderhof, a Christian community made up of German, Dutch, and Swiss refugees, and growing numbers of English pacifists.

Having fled Nazi Germany to escape persecution, the Bruderhof had at first been welcomed in England. Now, at the height of the Battle of Britain, it is feared. Curfews and travel restrictions are imposed; nasty newspaper articles appear, and local patriots initiate a boycott.

Determined to remain together as a witness for peace in a war-torn world, the little group of 300 - half of them babies and young children - looks for a new home. No country in Europe or North America will take them. And so they set off across the submarine-infested Atlantic for the jungles of Paraguay...

In this gripping tale of faith tested by adversity, Emmy Barth lets us hear directly from the mothers, fathers, and children involved through their letters and diaries. Especially eloquent are the voices of the women as they faced both adventure and tragedy.


Praise For No Lasting Home: A Year in the Paraguayan Wilderness - Bruderhof Stories (Bruderhof History)…

A fascinating history…Emmy Barth has done a wonderful job uncovering old documents and bringing to life an extraordinary story.