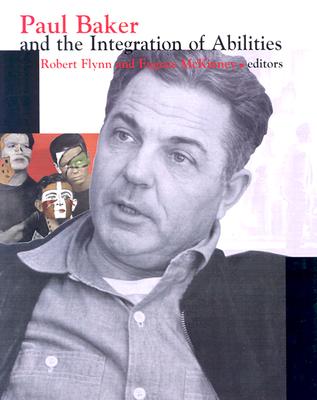 Paul Baker and the Integration of Abilities

“Irritating, arrogant, nuts—and a genius.” That’s what Charles Laughton said of Paul Baker. He also said, “Paul Baker is one of the most important minds in the world theater today. He seems to have invented new ways of doing things, and I think something big will come out of it.”

Something big did come out of it. Stage productions such as Othello, Hamlet, and A Cloud of Witnesses brought critics including Henry Hewes of Saturday Review and photographers such as Eliot Eliosofon of Life magazine to Baylor Theater in Waco. Baker’s production of Eugene McKinney’s A Different Drummer received an invitation from CBS TV’s cultural program, Omnibus, to present the play live from their New York studio.

Baker’s production of As I Lay Dying, Robert Flynn’s adaptation of William Faulkner’s novel, brought an invitation to present the play at the Theater of Nations in Paris, the first non-Broadway production to compete there, where it won a Special Jury Award.

That was Paul Baker the theater director. Equally important was Baker’s role as teacher and mentor in the arts. Architect Arthur Rogers stated, “No single person has contributed more to (theater architecture) development than Paul Baker.” Baker’s architectural visions at Baylor Theater, the Dallas Theater Center, and Trinity University’s Ruth Taylor Theater have inspired similar constructions not only in the United States but in places such as Manila and Seoul.

Baker’s teaching philosophy, based on his famous class “The Integration of Abilities,” has been inspirational. In education Baker has been founder, mentor, or director of children’s theaters where children are the creators of the drama; of the Booker T. Washington School of the Arts; of the Learning About Learning Foundation, a retail line of interactive kits that included books and toys; and dozens of creative programs for children, parents, and educators.

In Paul Baker and the Integration of Abilities, Baker tells how a summer in Paris gave him a new way of looking at theater. Eugene McKinney describes Baker’s development of writers, and Glenn Allen Smith demonstrates the use of the elements in creating a play. In other chapters on acting, directing, speech, and design, Baker’s ideas gave roots and wings to his students and colleagues.

Despite invitations from theaters in other places, including Austria, Germany, Yugoslavia, and New Zealand, and offers of positions at other universities, Baker chose to remain in Texas where he was born and where he lives today.

Robert Flynn is the author of twelve books including North to Yesterday, Wanderer Springs, and Tie-Fast Country. Flynn’s stage adaptation of Faulkner’s As I Lay Dying premiered at Baylor Theater and was presented by the Dallas Theater Center at the Theater of Nations competition in Paris.

Eugene McKinney was associated with Paul Baker for thirty-nine continuous years as a playwriting professor and playwright-in-residence. He has written and produced ten plays, four of which were published, and eight television scripts that have been produced on major networks. For twenty-four years McKinney and Flynn co-taught a fiction-writing course at Trinity University.
Loading...
or
Not Currently Available for Direct Purchase