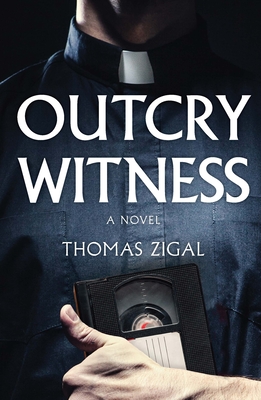 It’s the 1980s. A priest is found murdered in his New Orleans rectory. When compromising videotapes are discovered in his bedroom, the Bishop and his staff withhold this damaging evidence from the police. The district attorney, a faithful Catholic and good friend of the Bishop, helps bury the truth. It’s an all-too-familiar story by now. But this is one of the first cases, long before the floodgates are opened two decades later.
When Father Edward McMurray discovers the body and calls on his loyal nephew, Peter Moore, to remove the videotapes and examine them in private elsewhere, the two men must face the moral consequences of their participation in a cover-up that compromises their integrity and threatens to shatter their faith in the institution of the Catholic Church.

Even as they uncover the dead priest’s most sordid secrets, the answer to the central question remains hidden: Who killed him and why? Thomas Zigal leads the reader through the darkest alleys of New Orleans as Father McMurray and Peter Moore conduct their own harrowing investigations before they finally confront the murderer in an explosive finale.

Investigative journalist Jason Berry calls Outcry Witness “a spiritual thriller” and a “gripping story of a clergy abuse cover-up told from the inside.”

Novelist and playwright Anthony Giardina describes the novel as “a riveting page turner and a deadly serious meditation on the confusion and hypocrisy” that continue to shake the Catholic Church and its devoted followers today.

THOMAS ZIGAL is the author of seven novels and numerous short stories and essays. His novels have won the Jesse H. Jones Award for Best Work of Fiction from the Texas Institute of Letters, the fiction award from the Philosophical Society of Texas, and the Violet Crown Award from the Writers’ League of Texas. Outcry Witness is the final novel in his New Orleans trilogy, which includes the award-winning Many Rivers to Cross (TCU Press, 2013). Zigal lives in Austin, Texas.
Loading...
or
Not Currently Available for Direct Purchase