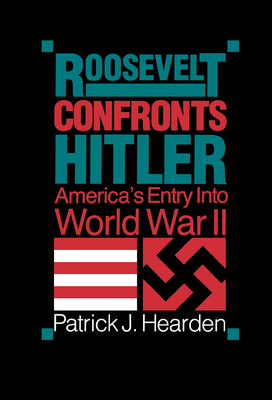 While broadly concerned about the nature of New Deal diplomacy, Patrick J. Hearden's Roosevelt Confronts Hitler pays special attention to American policy toward Nazi Germany between 1933 and 1941. Basing his conclusions on information gathered from his extensive research in various archives and private collections, Hearden presents a persuasive reinterpretation of how and why the United States went to war with Germany in 1941.

Although President Roosevelt repeatedly claimed in public speeches that Hitler was bent upon world conquest, the question of strategic defense was not the primary factor underlying the American decision to enter the war. Moreover, despite the genuine concern of Roosevelt and his advisors for the plight of the Jews inside the Third Reich, this ethical question was even less important than the issue of national security in prompting the preparation for war. The American decision to enter the war, Hearden argues, was actually based much more upon economic considerations and ideological commitments than on either moral aspirations or military apprehensions.

Roosevelt, his advisors, and influential business leaders were primarily concerned about the menace that triumphant Germany would present the free enterprise system in the United States. If Hitler and the Axis powers succeeded in dividing the world into exclusive trade zones, the New Deal planners would have to regulate the American economy to create an internal balance between supply and demand. Convinced that capitalism could not function within the framework of only one country, they chose to fight to keep foreign markets open for surplus American commodities and thereby to preserve entrepreneurial freedom in the United States.