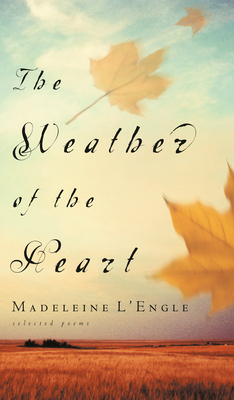 The Weather of the Heart (Paperback)

Madeleine L'Engle bids us, in her own words, to "sit at sacrament" with her "across a strange and distant table." It is a paschal event, a meal of rememberence.

Where her own hurt is cruciform, we are the more alive. When she admits arrogance in Gethsemane, we, too, remember glutting on unleavened loaves. But as she herself declares:

"Never was a feast finer than this. Come, eat and drink, unfreeze and live." --Calvin Miller, author of The Singer Trilogy

After splitting her time between New York City and Connecticut and acting as the librarian and writer-in-residence at the Cathedral of St. John the Divine, Madeleine L’Engle died on September 7, 2007 at the age of 88.
or
Buy Here
(This book is on backorder)
Copyright © 2020 American Booksellers Association