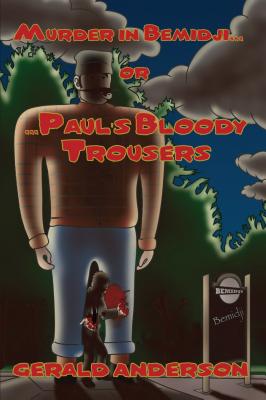 Let us call them, for now, “Murderer” and “victim.” Victim stood in the shadows behind the giant blue ox. It was eerily silent. The only sounds came from a few ripples gently lapping onto the shore of Lake Bemidji and, in the distance, exhaust fumes drifted through the air from a passing tanker on Highway 2. The fury of the thunderstorm system that had ripped across northern Minnesota five hours earlier left hundreds of small puddles on the tarred surface of the parking lot, which now reflected the light from a distant street lamp. In the east, flashes of lightning illuminated a sky indifferent to the violence that would soon occur in this vacation paradise.

Gerald Anderson is an adjunct professor of history at Minnesota State University Moorhead. His academic titles include Fascists, Communists, and the National Government and a two volume Study Guide to the Western Perspective. The Uffda Trial, an historical novel, was published in 1994. Previous titles include Death Before Dinner, Murder Under the Loon, and Pecked to Death . . . or . . . Murder Under the Prairie Chicken..
or support indie stores by buying on
Copyright © 2020 American Booksellers Association