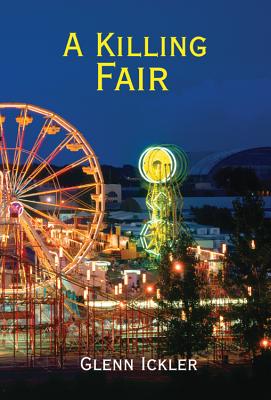 The Minnesota State Fair is famous for its endless variety of foods on a stick, so reporter Warren “Mitch” Mitchell and his photographer buddy Alan Jeffrey are surprised when they’re sent to the fairgrounds to cover the introduction of still another stick-bound treat. The new novelty, called Square Meal on a Stick, is introduced by its celebrity inventor, Vinnie Luciano, owner of one of St. Paul’s most successful restaurants. The program is held at Heritage Square, backed by square dancers and their handsome caller. The square is broken when Vinnie falls dead after taking three bites from his concoction. Will Mitch and Al square-off against the killer who poisoned the Square Meal?

Glenn Ickler has had a long career in newspapers as a reporter, feature writer, theater critic, columnist, and editor. He has been part of an editorial page staff that was nominated for a Pulitzer Prize and he has won numerous awards for his writing.  A native of Woodbury, Minnesota, he holds a degree in Speech and English from Hamline University.
or
Buy Here
Copyright © 2020 American Booksellers Association