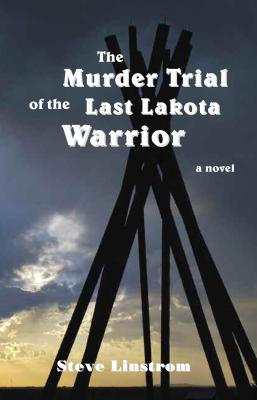 The Murder Trial of the Last Lakota Warrior (Paperback)

In the aftermath of the Wounded Knee Massacre, a young Lakota warrior stands trial for murder in Sioux Falls, the 1891 Divorce Capitol of America. Plenty Horses admits to shooting the army lieutenant, but he claims it was an act of war. Laura, a beautiful New York socialite escaping an unhappy marriage, and Morgan, a former member of the Seventh Cavalry haunted by his memories of Wounded Knee, form an unlikely team, exposing the forces looking to execute Plenty Horses. The culture of the West, the politics and racism of the day, and a sense of justice for native people clash, with the fate of a young Lakota warrior at stake

Steve Linstrom grew up in western South Dakota and now lives and writes in Marshall, Minnesota, where he grows Marquette grapes and several varieties of hops. He received a Master of Arts degree in English Studies from Minnesota State University Mankato. The Murder Trial of the Last Lakota Warrior is a prequel to his first novel, The Last Ram.
or
Buy Here
Copyright © 2020 American Booksellers Association