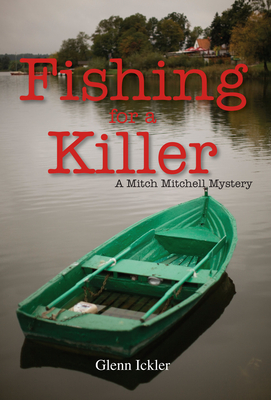 As dawn breaks over Madrigal's Lodge on Gull Lake in northern Minnesota, a motorboat is seen running slowly in circles in the bay. Told that the boat has no occupants, St. Paul Daily Dispatch reporter Warren "Mitch" Mitchel and photographer Alan Jeffrey rush to the dock, along with dozens of others on hand for the annual Governor's Fishing Opener. The boat had been rented out by Alex Gordon, the governor's press secretary and an avid early-morning fisherman. Gordon's body is soon found by a dive team, and it appears that he accidentally fell overboard and drowned in the icy water. After a day of turmoil, Governor Anders A. Anderson does his best to put the celebratory weekend back on schedule. While the media await the results of an autopsy, Mitch and Al spend an afternoon fishing and go ashore on a wooded island to answer a call of nature. There they discover a mound of freshly dug earth and uncover a life jacket bearing Alex Gordon's initials. The autopsy shows that Gordon had a bump on the back of his head and no water in his lungs. This report, along with the life jacket, forces the sheriff to open a homicide investigation. As the days wear on with no results, Mitch worries about being home in time for his wedding. The odds turn frighteningly against getting home at all when and Al meet Alex Gordon's killer.

Glenn Ickler has had a long career in newspapers as a reporter, feature writer, theater critic, columnist, and editor. He has been part of an editorial page staff that was nominated for a Pulitzer Prize and he has won numerous awards for his writing.  A native of Woodbury, Minnesota, he holds a degree in Speech and English from Hamline University.
or
Not Currently Available for Direct Purchase
Copyright © 2020 American Booksellers Association