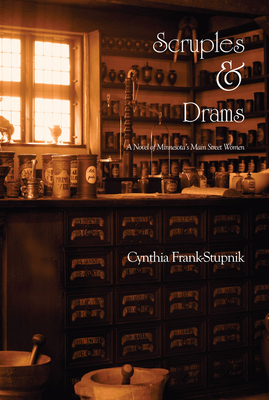 With its arch-like trees covering the town, Clearwater provided a safe haven for Jennie Phillips, an apprenticing druggist in her father’s store in the late nineteenth century. While on a routine trip to deliver a prescription out in the country, she is alarmed when she encounters what some consider to be the ghost of murdered Irish girl roaming the Tamarack Swamp. She becomes obsessed with the unsolved case. At the same time, she struggles with her responsibility to uphold her father’s ethical practices when she learns what some women are using their over-the-counter patent medicines for. Yet when she learns that rape and burglary can take place even in her village, Jennie realizes Clearwater is not as idyllic as she once thought, and for many women, the art of living isn’t as exact as dispensing.

A retired English instructor, Cynthia Anne Frank Stupnik holds a B.A. in English/Education and a M.A. in English. She has authored Steppes to Neu-Odessa: Germans from Russia Who Settled in Odessa Township, Dakota Territory, 1872-1876, a historical biography of Yankton, County, South Dakota, a memoir, Postcards from the Old Man and Other Correspondence from Clearwater, Minnesota, and Passages, a faith-based book of poetry. She has also written and published many poems, creative essays, and short stories, and been the recipient of a number of literary awards.
or support indie stores by buying on
Copyright © 2020 American Booksellers Association