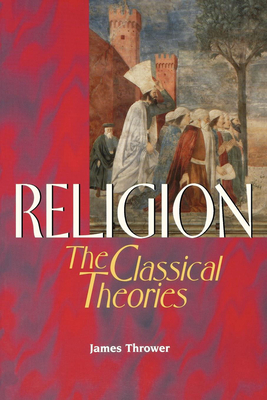 This comprehensive introduction to theories of religion is the first single-volume exploration of ideas put forward by both believers and non-believers.

James Thrower analyzes the different types of explanations of religion, not just the thoughts of individuals, advanced primarily--but not exclusively--from within the Western tradition. He begins by looking at religious explanations of religion, which define religion as revelation, experience or philosophy (Plato, Kant, and Hegel). He then examines the naturalist, or nonreligious, explanations, from the disciplines of anthropology, psychology, and sociology, including the "masters of suspicion" (including Feurbach, Nietzsche, Marx, Tylor, Frazer, and Freud). The scope of this book ranges from the classical, Semitic, and Indian religious traditions through contemporary thinkers.

Thrower concludes by considering the future of the religions of the world in light of the increasingly close inter-religious encounters that are becoming a feature of the global village of the twenty-first century.

James Thrower is a professor in the history of religions and director of the Centre for the Study of Religions at the University of Aberdeen, Scotland.
or
Buy Here
Copyright © 2020 American Booksellers Association