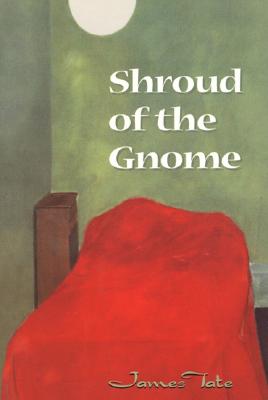 Shroud Of The Gnome

Speakers in James Tate's poems are and are not like those we know: a man's meditation on gardening renders him witless; another man traps theories and then lets them loose in a city park; a nun confides that "it was her / cowboy pride that got her through"; a gnome's friend inhabits a world where "a great eschatological ferment is at work. "Shroud of the Gnome" is a bravura performance in Tate's signature style: playful, wicked, deliriously sober, charming, and dazzling. Here, once again, one of America's most masterful poets celebrates the inexplicable in his own strange tongue.

James Tate was born in Kansas City, Missouri, in 1943. He is the author of seventeen books of poetry, including Worshipful Company of Fletchers, which won the National Book Award in 1994; Selected Poems, which won the Pulitzer Prize and the William Carlos Williams Award in 1991; and The Lost Pilot, which was selected by Dudley Fitts for the Yale Series of Younger Poets. He has also published a novel and a collection of short stories, as well as edited The 1997 Best American Poetry Anthology. His honors include a National Institute of Arts and Letters Award for Poetry, the Tanning Prize, the Pulitzer Prize, the National Book Award, and fellowships from the Guggenheim Foundation and the National Endowment for the Arts. He teaches at the University of Massachusetts in Amherst.