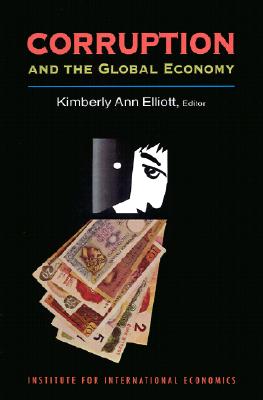 Corruption and the Global Economy

The recently-adopted OECD convention outlawing bribery of foreign public officials is welcome evidence of how much progress has been made in the battle against corruption. The financial crisis in East Asia is an indication of how much remains to be done. Corruption is by no means a new issue but it has only recently emerged as a global issue. With the end of the Cold War, the pace and breadth of the trends toward democratization and international economic integration accelerated and expanded globally. Yet corruption could slow or even reverse these trends, potentially threatening economic development and political stability in some countries. As the global implications of corruption have grown, so has the impetus for international action to combat it. In addition to efforts in the OECD, the Organization of American States, the World Trade Organization, and the United Nations General Assembly, the World Bank and the International Monetary Fund have both begun to emphasize corruption as an impediment to economic development. This book includes a chapter by the Chairman of the OECD Working Group on Bribery discussing the evolution of that effort and what is needed to make it effective. Other chapters address the causes and consequences of corruption, including the impact on investment and growth, and the role of multinational corporations in discouraging bribery. The final chapter summarizes and also discusses some of the other anticorruption initiatives that either have been or should be adopted by governments, multilateral development banks, and other international organizations.

Kimberly Ann Elliott was a research associate at the Institute, and is co-author of Economic Sanctions Reconsidered (second edition 1990), Auction Quotas and United States Trade Policy (1987), and Reciprocity and Retaliation in US Trade Policy.
Loading...
or support indie stores by buying on