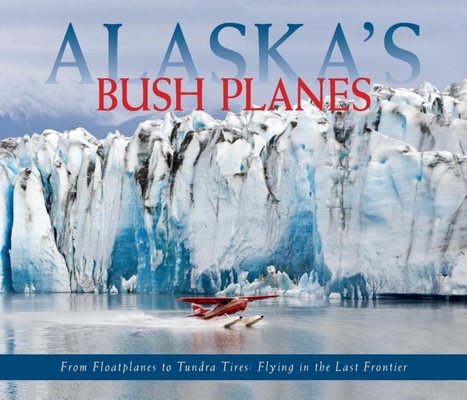 It is no wonder that the Bush plane is an icon of the Last Frontier. Alaska has approximately six times as many pilots and fourteen times as many airplanes per capita as the rest of the United States. The Bush plane is a critical method of transportation for supplies and passengers in this vast state as well as a spectacular way to tour the majestic landscape. A perfect choice for Alaskan visitors and aviation enthusiasts, ALASKA'S BUSH PLANES is loaded with stunning photos by Alaska's best-known landscape photographers. Images include float, ski wheel, and amphibian planes, along with information on the challenging weather conditions that pilots face, the types of cargo and missions they fly, and their destinations. Extended captions provide technical information on various aircraft and how they perform in Alaska's widely diverse terrains and climate zones, while an introductory essay covers the beginnings of aviation in Alaska.

Ned Rozell has walked, skied, driven, and flown across Alaska, and he's lived there more than half his life, so it must be home. He's written more than 700 weekly newspaper columns about natural history and science, and has written 80 more for "Alaska Magazine." He has three Alaska-related books and counting; "Walking My Dog, Jane," is about that hike across Alaska with a dog that won't come along again. His latest work is "Alaska Tracks; Footprints in the Big Country from Ambler to Attu."

Harmon "Bud" Helmericks was an Arctic explorer, Bush pilot, and author best known for writing "The Last of the Bush Pilots." As one of Alaska's most famous Bush pilots, Bud holds the Award of Merit, Territory of Alaska, for "Special Service in the Arctic Regions." He couldn't tell you exactly how many Alaska flight hours he had, because he tired of adding up his flight hours after logging more than 27,000. He crossed thousands of miles of mostly uninhabited wilderness in small Cessnas on wheels, skis, or pontoons. Bud is coauthor and author of several books that are now deemed collectible, among them "We Live in the Arctic, We Live in Alaska, The Flight of the Arctic Tern, "and "The Last of the Bush Pilots."

“Beautiful photos make this a must-keep book. Alaska is a beautiful state and the airplanes which make travel practical throughout this rugged part of the world. Many of these aircraft are rarely seen in the lower 48 so this is definitely an opportunity to see some of these classic machines.”

"An absolutely stunning view of Alaska, as seen by various skilled, artistic photographers who followed many bush planes to places seldom visited by humans, to capture glorious images of small—and not so small—aircraft stitching Alaska together."