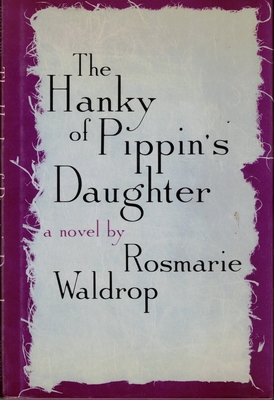 Writing from America to her sister in Germany, the protagonist of this shattering first novel reconstructs the life of her parents—in the author’s words, “just those ‘ordinary people’ who helped Hitler rise.” Unflinching in her appraisal, she imagines how her father’s latent anti-Semitism was triggered by his wife’s affair with a Jew, who was later sent to a concentration camp. The tone darkens as the narrator realizes that she and her sisters are living out variants of their mother’s sexual model.

Praise For HANKY OF PIPPIN'S DAUGHTER…

“Wonderfully, relentlessly absorbing, Hanky’s several overlapping tales leave one marvelling at the beauty, economy and humor with which Waldrop interweaves the complex tensions of Hitler’s Germany in a family drama of repeated infidelity. Delightfully rich and bawdy and as strong-willed as its characters.” — Lydia Davis

“Rosmarie Waldrop’s haunting novel, superbly intelligent, evocative and strange, reverberates in the memory for a long time, a song for the dead, a judgment.” — Angela Carter