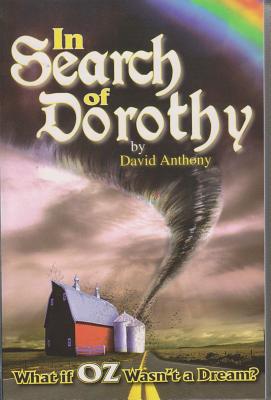 In Search of Dorothy

What If Oz Wasn't a Dream?

What If Oz wasn't a Dream? What if Dorothy's trip over the rainbow was real? It's twenty years later and we're about to find out. The Scarecrow of Oz, who became Emperor when Dorothy and the Great Wizard left, has invented a tornado machine to carry himself, the Tin Woodman and the Lion over the rainbow to find Dorothy. But beware, as the Wicked Witch of the West is back and she has plans to destroy Oz, but first she must get possession of Dorothy's Magic Shoes. Whoever gets to Dorothy and those Magic Shoes first controls the fate of Oz and with time running out everyone is In Search of Dorothy.

It has taken fifteen years for author, David Anthony, to finish his trilogy sequel to the Wizard of Oz due to the fact that it was written primarily from his night time dreams. Dreams that were sometimes so vivid that he felt he was living his days in Kansas and his nights in that magical land beyond the rainbow.