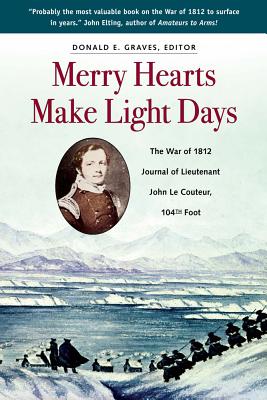 In 1812, seventeen-year-old John Le Couteur, a British officer, arrived in Nova Scotia to learn that war had broken out between the United States and Great Britain. For the next three years he campaigned from Halifax to Buffalo, and he left this entertaining memoir of his experiences of storm-tossed voyages, arduous winter marches, battles and the perils of courtship, played out against the splendid landscapes of North America. His journal is regarded as one of the most useful and entertaining from the War of 1812.