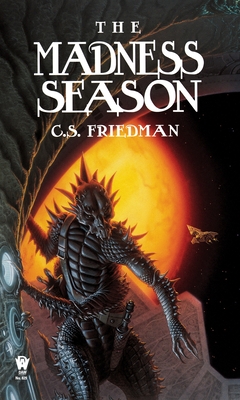 Three hundred years had passed since the Tyr conquered the people of Earth as they had previously overcome numerous races throughout the galaxy.  In their victory they had taken the very heart out of the human race, isolating the true individualists, the geniuses, all the people who represented the hopes, dreams, and discoveries of the future, and imprisoning them in dome colonies on planets hostile to human life.  There the Tyr, a race which itself shared a unified gestalt mind, had left these gifted individuals to work on projects which would, the conquerers hoped, reveal all of human kind's secrets to them.

Yet Daetrin's secret as one no scientist had ever uncovered, for down through the years he had succeeded in burying it so well that he had even hidden his real nature from himself. But, taken into custody by the Tyr, there was no longer any place left for Daetrin to run, no new name and life for him to assume. Now he would at last be forced to confront the truth about himself—and if he failed, not just Daetrin but all humans would pay the price...

An acknowledged master of Dark Fantasy, Celia Friedman is a John W. Campbell award finalist, and the author of the highly acclaimed Coldfire Trilogy, New York Times Notable Book of the Year This Alien Shore, In Conquest Born, The Madness Season, The Wilding and The Magister Trilogy.  Ms. Friedman worked for twenty years as a professional costume designer, but retired from that career in 1996 to focus on her writing. She lives in Virginia, and can be contacted via her website, www.csfriedman.com.
or
Not Currently Available for Direct Purchase