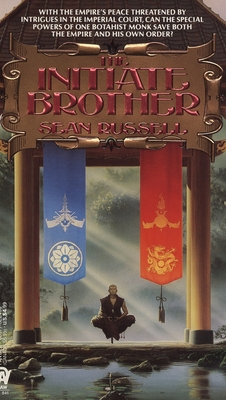 Plague and warfare have swept across the Orient, ravaging the ancient kingdom of Wa, devastating the royal line, and leaving a new dynasty on the throne—a new emperor, Akantsu, filled with fear of all who might seek to wrest the Empire from his grasp. Among those out of favor with the new liege is the Order of the Botahist Monks, whose mystical powers have enabled them to hold positions as Spiritual Advisers to the Imperial court for nearly ten centuries. But Emperor Akantsu fears none so greatly as he does Lord Shonto, the brilliant leader of the most important of the Old Families, whose influence could rally the Great House against the throne, and whose adopted daughter, the beautiful and talented Lady Nishima, is the last surviving member of the old royal family.

Sent to be the military Governor of a northern border province long threatened by barbarian invaders, Lord Shonto knows he is being lured to his death. But Akantsu has underestimated his foe, for not only is Lord Shonto the greatest military genius of the age, but he has with him a Spiritual Adviser from the Botahist Order—a young man gifted with extraordinary martial arts skills and magical abilities, Initiate Brother Shuyun. And even Lord Shonto does not realize the true potential of this young monk. Only time will reveal that Shuyun’s magical powers have not seen their equal in nearly a thousand years—not since the Perfect Master himself walked the paths of the Empire….

Sean Russell was born in Toronto, Ontario in 1952, and had his first fantasy novel, the Asian influenced The Initiate Brother in 1991. His influence in the fantasy world comes from J. R. R. Tolkien, and knew he wanted to be a writer since the age of ten.
Loading...
or
Not Currently Available for Direct Purchase